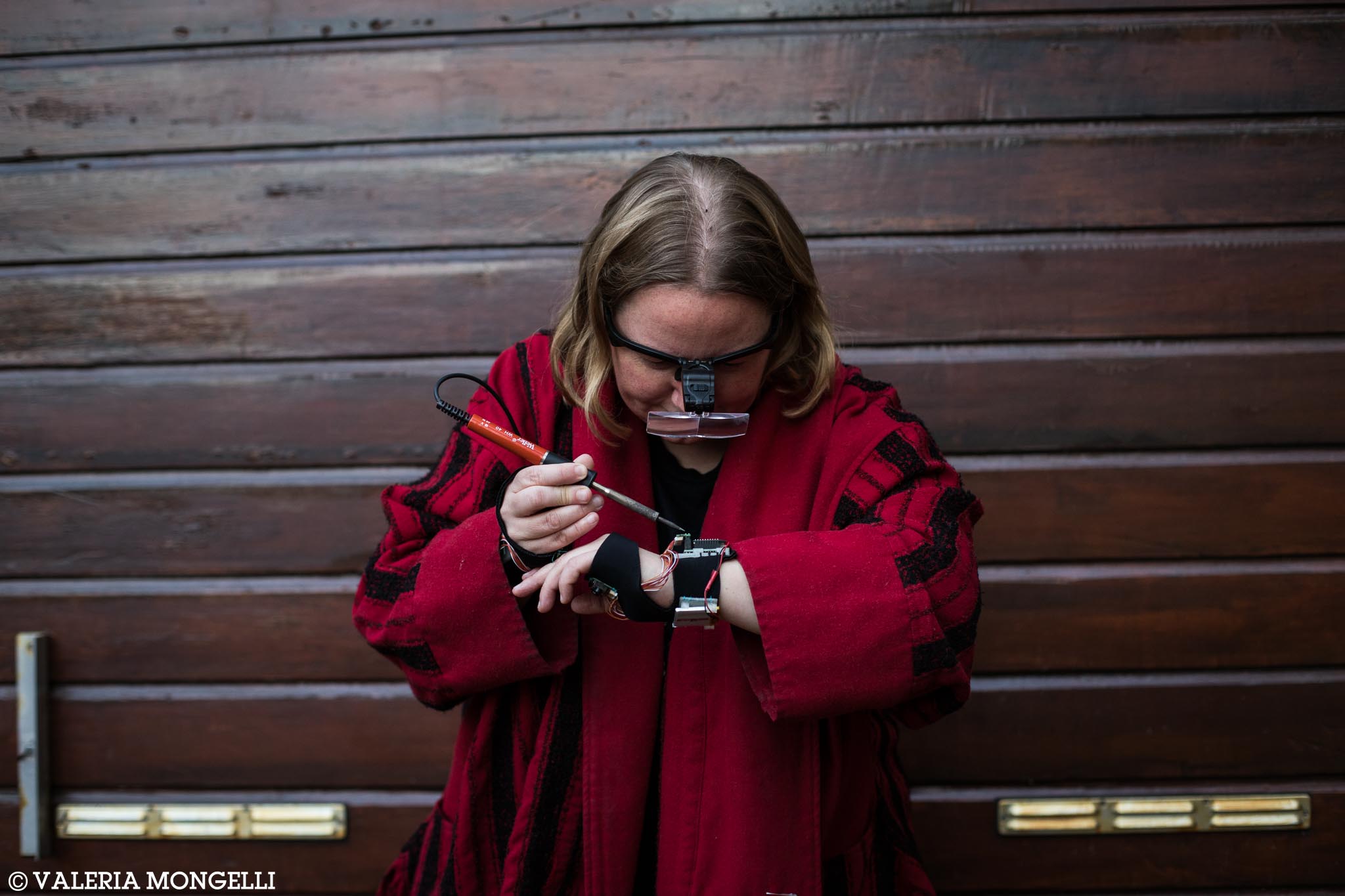 Marije Baalman is an artist and researcher/developer working in the field of interactive sound art.

In her artistic work she is interested in the realtime components of the work, in that nothing is precomposed as such, but rather the (mostly, but not exclusively) sonic output depends on realtime interactions, be it of the performer, or of the audience. Thus composition becomes more the composing of behaviours and interaction modalities, creating processes, rather than fixed sound tracks. This is expressed with tools such as physical computing (performance interfaces and/or installations), livecoding (both as a skill, as well as a performance interface), digital and analog sound processing, and improvisation.

Her current research goes into the use of wireless networks for live performance (such as dance and music), installations and interactive environments. In particular she is interested in creating participative events and currently researching different methods for doing so.

To realise her works she mostly uses open source technology (software and hardware) and she is an active contributor to the open source community.

She is a contributor to “The SuperCollider Book” (MIT Press, 2011), and she is currently writing a book titled: “Just a Question of Mapping - Ins and outs of composing with realtime data”.